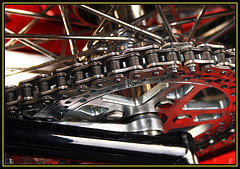 Sgt. Brian Rand believed he was being haunted by the ghost of the Iraqi man he killed. Eventually, the ghost told Rand he needed to kill himself. Since the start of the Iraq war, Fort Campbell, a sprawling installation on the Kentucky-Tennessee border, has seen a spike in the number of suicides and soldiers suffering from severe post traumatic stress disorder, or PTS. McClatchy

The Coalition of Immokalee Workers (CIW) and Burger King Corp. (NYSE:BKC) today announced plans to work together to improve wages and working conditions for the farmworkers who harvest tomatoes for the BURGER KING® system in Florida. CIW

Consider this: Though Obama was trounced in the coalfield regions, the United Mine Workers of America holds the distinction of being one of the oldest integrated unions in the country, and in fact, endorsed Obama this week; that Black History Month founder, Carter Woodson, emerged out of the coalfields of West Virginia, as did 19th Century African American spokesman Booker T. Washington, and pioneering black nationalist Martin Delany; that the legendary John Henry pounded those rails through Appalachia. In more recent times, imminent African American critic Henry Louis Gates, Jr. at Harvard University emerged out of the West Virginia experience, as did acclaimed novelist William Demby, one of the last living writers from the Harlem Renaissance. Jeff Biggers

Responding to a chorus of outrage touched off by her comments about the assassination of Robert F. Kennedy, Sen. Hillary Clinton (D-NY) made a bold attempt at damage control today by distancing herself from herself. Many political observers had assumed Sen. Clinton would respond in some manner to the controversy she had created with her comments, but few expected her to throw herself under the bus. At a rally today in South Dakota, the New York senator said that the comments she made were “totally unacceptable,” adding, “I hereby reject and denounce myself.” Borowitz Report

Anxiety among some school officials is mounting as they look to close their financial books by the end of June despite uncertainty over whether some final state reimbursements will arrive before the fiscal year is out. Districts relying on state aid payments have grown accustomed to receiving, by late June, the last two of the 24 annual payments, which this year should add up to $400 million statewide. Southtown

Educational systems adapt very slowly so maybe this is only the beginning of our district’s efforts to help students learn how to contribute responsibility to the real world web. I’d be willing to concede that point if I saw any signs that our system has a plan for going beyond this so-called “walled garden” approach. But I don’t. Most of our leadership, especially those in the IT driver’s seat, thinks what we have is just fine. However, even more discouraging is the fact that our district offers no “approved” tools for teachers and principals to learn to use blogs or wikis for their own communication and professional development. And little support or training on why they should. Assorted Stuff