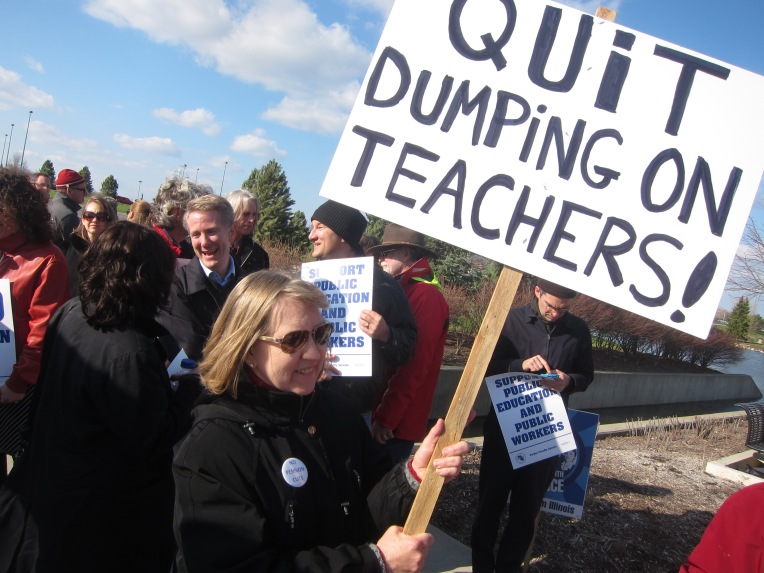 It has been a busy week.

This morning is no exception.

I’m drinking my coffee early. Scrambled an egg. Toasted a slice of multi-grain bread. And out the door heading for suburban Oak Brook for the Spring Conference of the Illinois Education Association Retired.

Rumors and official responses have been circulating for a couple of weeks that the IEA and the other public employee unions have been at the table with state senate leaders discussing some kind of pension deal.

It was all kind of hush-hush until Capitalfax’s Rich Miller posted about it on his subscription-only site. And then IEA’s chief lobbyist Jim Reed posted a video response on the IEA website.

As I listened to Reed I had two responses.

He certainly sounds defensive. As if he was a kid who got caught eating the cookies mom had hid away.

And, like many members, I question what there is to bargain exactly. The leadership has already offered up 2% more in contributions to the pension system. That would make Illinois’s teacher pension contribution among the highest in the country.

I was told by someone with knowledge of the discussions that the current Cullerton SB1 is considered by the leadership as unconstitutional and unacceptable.

“Is it a framework for discussion?” I asked.

I’ll be sitting in on several presentations on pension issues today. And IEA President Cinda Klickna and Ralph Martire of the Center for Budget and Tax Accountability will be speaking to us after lunch.

Earlier this week we had our first chapter meeting of our new IEA Retired group in the north suburbs.

Known for the time being as the Skokie Chapter, we had a lively talk about pensions, lobbying plans and outreach.

We have 30 folks who either attended or sent their regrets but want to be involved. It’s a good start for an area that has been underserved for so many years.

But there are 400 dues paying members of IEA Retired in the area covered by our chapter.

Our membership numbers have no place to go but up.

This past Wednesday I joined about a 100 mostly retired teachers outside Harper College’s conference center. Inside, the Daily Herald, whose editorial policy has not been friendly to teacher pensions, was hosting a pension forum with pension bombers Representative Elaine Nekritz and Tom Morrison and IEA President Klickna.

I will have been a retiree for one year in seven more weeks.

My Medicare card came in the mail yesterday.

One more cup of coffee for the road. 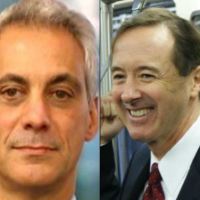