There was a time when Chicago investigative reporters were the envy of cities across the country.

This was even before Woodward and Bernstein.

Now there are just a few who even deserve the title.

Ben Joravsky on the corrupt use and misuse of TIF money.

Sarah Karp at Catalyst. She blew the cover on the $20 million dollar no-bid principal training contract.

And a few others.

The Sun-Times has done some good investigative work –  like the series they did on the $95 million charter school deal. But that lasted a couple of news cycles. Heard about it lately?

None of the mainstream media outlets picked up on Sarah Karp’s work.

My marching companion from yesterday, John Dillon, shames the Tribune and WTTW on their coverage – or lack of it – of yesterday’s ALEC protest at the Palmer House.

What was in the beginning a smaller group of union activists quickly spread by 11:45 a.m. into an almost a full-block line snaking around three sides of the famed hotel; people carrying picket signs, blowing whistles, and jeering against the Koch-brother think tank which writes and promotes legislation like the infamous Stand Your Ground laws in Florida and many other states.
Shortly after noon, the Chicago police found it necessary to block off traffic on Monroe Street to accommodate the swelling crowds and provide for pedestrian traffic across the street.  The event was punctuated with several speakers from AFSCME, various labor unions, and the Reverend Jesse Jackson.
But you won’t read about it in your Tribune.  Or hear about it, except in a fleeting ten second reference on ABC televised news.  Shhhhhh!

Except for Rich Miller’s Capitolfax and our pension blogger network, you won’t read about the Civic Committee’s Ty Fahner contacting  the credit rating agencies. Believing that having the agencies lower the state’s bond ratings would increase pressure to cut employee pensions, Fahner later even admitted that he met with them and told them to do exactly that.

It will cost taxpayers $130 million just this week alone.

Is there a conflict of interest for Fahner, a partner in the law firm of Mayer Brown, which has extensive financial dealings and billing with the state of Illinois?

No reporter from the Trib, Sun-Times or other news outlets is asking those questions. And they dismiss anyone who is asking them.

Yesterday the Ward Room at NBC took the We Are One coalition  – and this blog –  to task for “going too far in suggesting the Civic Committee was solely to blame, or criminal in its actions.”

Was that because reporters for NBC news have done any investigation into the actions of the Civic Committee and Ty Fahner?

Has NBC news done one single story on Ty Fahner’s contact with the bond rating agencies?

In the old days a Chicago reporter would have been licking their chops for a story like that.

9 thoughts on “Chicago reporters. An endangered species. Not dead yet, but on life-support.” 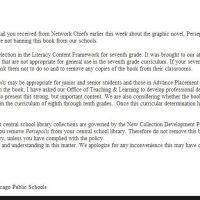 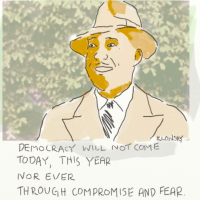 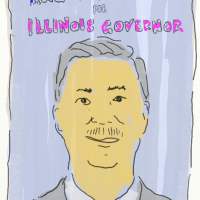