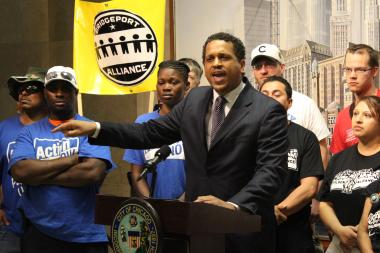 When mayor Rahm Emanuel recently heralded a small gain on the average Chicago Public Schools elementary “MAP” test results, I knew something wasn’t quite right. It wasn’t what he said; it was what he didn’t say. You see, this is the first year the MAP scores can provide a more decisive apples-to-apples comparison of charter schools and traditional public schools.

I reached this conclusion after analyzing this year’s MAP scores and I shared my results with several local reporters. Soon afterward, the Chicago Sun-Times conducted their own analysis for a story that was published on Sunday, Aug. 31. Their results differ from mine because they used a slightly different methodology, but the overall conclusions are the same: student growth in reading in neighborhood schools far outpaces growth in charters.

MAP stands for Measures of Academic Progress. Public and charter school students across the city took this national assessment in 2013. Each child got an individual score to serve as a baseline. By calculating the difference between that score and the 2014 score, CPS can determine the amount of learning growth each child attained in the year between the exams.

Until now, schools were judged on student attainment scores, not student growth. This is important because — like magnet schools — charter schools lean heavily on their ability to enroll students who are more likely to have higher attainment than their neighborhood peers by virtue of the degree of parent involvement needed to enter a child into a charter school lottery. Chicago’s charter schools also expel students at more than 12 times the rate of our public schools, which calls into question their own confidence in their ability to effectively teach the most difficult-to-reach children. When you consider those factors, the attainment of charter school students could be more a result of their admissions and expulsion policies than their teaching.

This is where the MAP assessment comes in. The MAP is designed to measure teaching and learning. In fact, CPS trusts it so much that it uses the results to determine teacher and principal evaluation ratings. It’s also used to rate schools on CPS’s five-level rating system.

If CPS can use MAP growth results so broadly to rate teachers, principals, and schools, one would expect CPS to use those same results to rate its school reform strategy, which is dominated by the proliferation of privatized charter and turnaround schools, where a private operator replaces all or nearly all of a school’s staff. How did Emanuel’s reform schools do? What kind of learning growth did they foster? Why didn’t Mr. Emanuel say anything about it? Surely he knew.

So I downloaded the publicly available MAP results and conducted a preliminary analysis. For the sake of consistency I am deferring to the Sun-Times results, which were similar to mine. The MAP report lists the “growth percentile” assigned to each school based on student results. If a school gets a growth percentile of 99, then the average growth of the students in that school is greater than the average growth of 99 percent of schools in the United States that took the MAP assessment.

In terms of assessing the effectiveness of charter schools, I believe the most accurate comparison is to public magnet schools since both charters and magnets have lottery admissions processes that increase the likelihood of enrolling students with involved parents. In essence, charters are privately run magnet schools and therefore should be measured against publicly run magnet schools. I believe that turnaround schools should be compared to neighborhood schools since they both must accept students within their attendance boundaries. Using the Sun-Times results, the comparisons are as follows:

* The most dramatic performance gaps are in reading, where the public magnet school growth percentile is 83, while the charter score is 48.

* The public neighborhood percentile is at 75, while turnarounds are at 51.

* In math, the public magnet school growth percentile is 67, while the lottery-driven charter schools are at 49.5 — over 17 points lower.

A simple look at a list of the schools reveals even more. Of the 490 Chicago schools for which elementary grade MAP data was available, 60 of those schools are charter (12 percent), 24 are turnaround (5 percent), and 406 (83 percent) are traditional public schools. When sorted by growth percentile rank, I found the following:

* Although charters and turnarounds make up 17 percent of district schools, they account for none of the 60 schools with the highest growth percentiles.

* Of the 30 lowest performing schools in CPS more than half are charters or turnarounds.

* Of the 10 lowest-performing schools in CPS, seven are charters or turnarounds.

* Nearly nine out of 10 charter/turnaround schools are in the bottom half of CPS performance.

CPS testing and accountability officials told me their numbers looked similar to mine and that any minor differences may have been the result of the inclusion of one or two schools not included in the data available at the time of my analysis. This led to another striking revelation. Eight of the city’s charter schools — including five Learn Charter Schools — had no MAP growth data at all. When I asked how this was possible I was told these charters had not “opted in” to the MAP assessment. You read that correctly; CPS allows some charter schools not to participate in the assessment used to hold regular public schools accountable.

The 50th percentile represents the “average” for U.S. schools. The reading growth percentile scores of 83 and 75 for students in Chicago’s public magnet and neighborhood schools stands in stark contrast to the often-promoted picture of traditional Chicago public schools as “failing.” On the contrary, the 51st and 48th respective growth percentiles of turnarounds and charters clearly indicate that it is these reforms that are failing Chicago’s students. There may be a few exceptions, but exceptions don’t create good schools systems; critical mass does. Our public schools have developed this critical mass while charter schools have fallen short.

This situation sets up an inexcusably dire situation when considered in the context of the racial achievement gap. As large numbers of African-American and Hispanic students are funneled into the low-growth charter/turnaround system, the high-growth public system is becoming increasingly Caucasian and Asian. The students on the low end of the achievement gap — the students who need the most growth — are being fed to a system that produces the least. In December, the Sun-Times reported that the achievement gap between white and black students was widening. It now appears we have identified a cause.

In the face of these results, the mayor’s next press conference on schools should be much different from his last. He should announce that CPS will cease its effort to divert funding from public neighborhood schools into his failed charter experiment. An immediate surge of investment in public neighborhood schools should follow. He should also announce an immediate publicity campaign to inform parents who made the charter “choice” of the learning growth disparity between these different types of schools so those parents can then make a more informed choice about where to send their children. Unfortunately, many of the schools in those parents’ neighborhoods have been shut down. It is a tragic irony that a so-called “choice” system has left thousands of families with no choice at all.

In the past, when public school advocates have mentioned the difficulties of teaching in schools in low-income minority neighborhoods, charter and “choice” advocates have had a “no excuses” response. “Hold the public schools accountable!” has been the battle cry. Will the mayor now hold his charter schools accountable? Let’s hope Mr. Emanuel remains consistent with that “no excuses” mantra now that his own reforms have failed.

Looking forward to that next press conference. 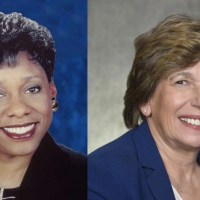 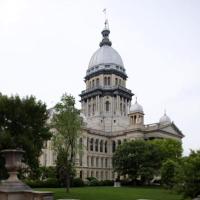 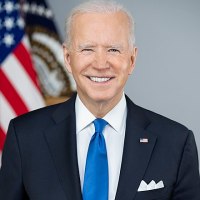 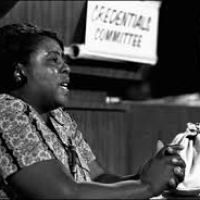 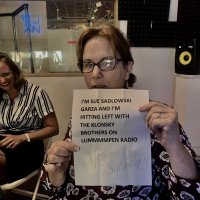 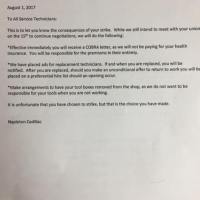