He could be getting less than zero, if you count the margin of error. The poll suggests that not one African American in all of Ohio and Pennsylvania will admit that they are voting for Trump.

Indiana Governor Mike Pence is not positioned to improve on those numbers. What Pence brings to the ticket is the anger of retirees. Anger at Pence. See, Pence’s record in Congress is one of voting against Social Security and Medicare.

He calls them entitlements.

Entitlements is one of those loaded words that makes it seem as if we are getting a freebie.

The ARA gives Pence a 22% rating. They consider him anti-senior.

The good news for Trump is that Pence’s rating isn’t zero.

The conventional wisdom is that old angry white guys are Trump’s core constituency. 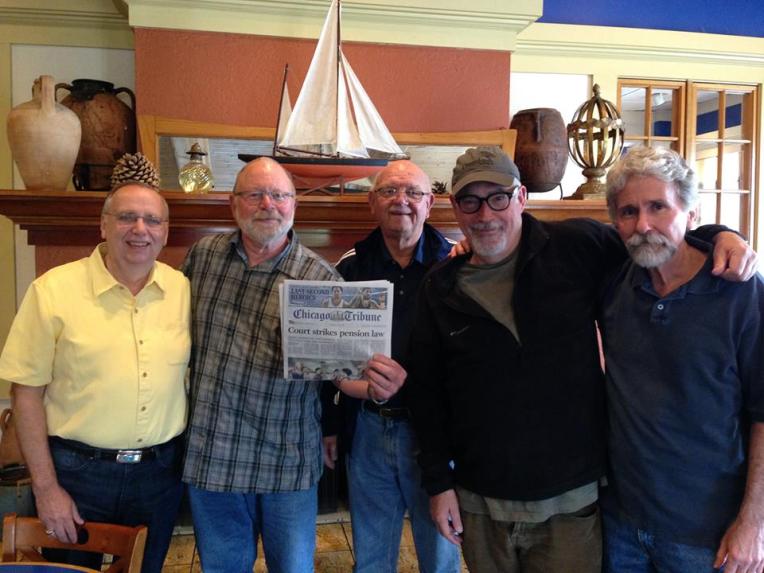 Pension activists. Here you have (from left) Bob Zahniser, John Dillon, Bob Lyons, this blogger and Glen Brown celebrating the first anniversary of the Illinois Supreme Court’s broad ruling in defense of the constitution’s pension protection clause. Missing from the photo is Ken Previti. He lives in Florida.

There are many others missing from this photo as well. Men and women, retired teachers of every nationality and race, who battled for our pension rights and who never considered it an entitlement. We considered it earned compensation guaranteed by law.

If Trump thinks adding a senior-basher like Mike Pence is the way to broaden his base, he has it wrong. Just add us to immigrants, people of color, women, the LGBT community – you know – those who make up the majority of Americans who will be voting no in November.

By the way. Speaking of Glen Brown.

Glen Brown’s blog has been the go-to source for Illinois retirees for five years.

He is our version of the jail house lawyer. He knows more about pension law than any high-priced LaSalle Street attorney.

Unlike the lawyers, the politicians and too many union leaders, he not only addresses the law, he writes continuously about the moral obligation of a pension promise.

I once heard an IEA leader call Glen naive. That’s all the proof you need. 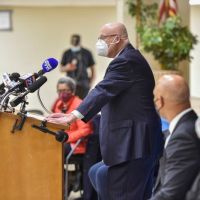 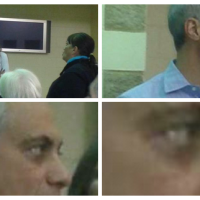 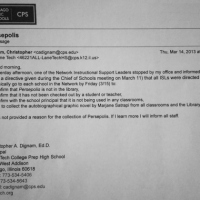 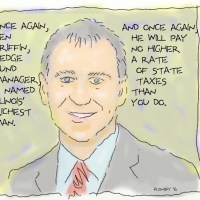