Stanley Green died on Friday in Paris. He was 68.

“He was one of those journalists who went toward the bullet,” Ms. Tucker said, “because that’s where the story was.”

Stanley Greene was born in Brooklyn on Feb. 14, 1949, and grew up in New Rochelle, N.Y. His father, also Stanley, was an actor, producer, filmmaker and director; his mother, Javotee Sutton Greene, was an actress. His father, an activist devoted to black culture, was blacklisted as a Communist in the 1950s and was reduced to taking anonymous bit parts. 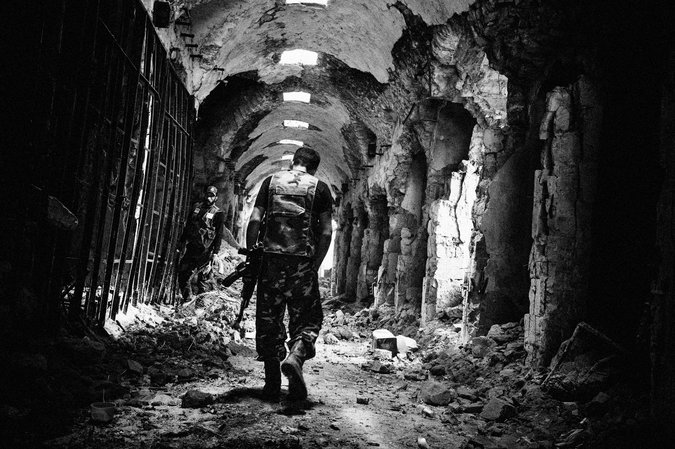 The younger Mr. Greene had a “somewhat privileged yet traumatic childhood,” said his longtime friend Jules Allen. “There was a loneliness there that was insatiable, but he was blessed enough to at least partially deal with his pain through photography.”

As a teenager, Mr. Greene joined the Black Panthers and was active in the antiwar movement. His dreams of becoming a painter gave way to photography, and he was encouraged in that pursuit by the renowned photojournalist W. Eugene Smith.

Tonight the IDF violently attacked our Sumud Freedom Camp as we were celebrating our second night restoring the displaced village of Soroura.

Our coalition of Palestinians, Israelis, and Jews from around the world stood our ground as the military tore down our structures and assaulted our people.

I was pushed, choked, pulled, and rammed with the butt of a soldiers rifle. Many friends were shoved, punched, and jeered at. We did not push back. Instead we sang. Our movement is rooted in nonviolence.

Our actions – upholding the right of Palestinians to live with dignity on their own land – drew out the violence of the occupation.

I am safe and ok. We are here under the stars planning our next steps.

We will not back down. We will build the world with love.

Teachers at Passages Charter School will walk out of their classrooms next Thursday if they can’t come to an agreement with the school management by midnight Wednesday, union leaders said Friday.

At a rally outside the school at 1643 W. Bryn Mawr Ave. Friday afternoon, third-grade teacher Gina Mengarelli said they’ve had no success coming to an agreement with Asian Human Services (AHS), which runs the school.

“For the past 12 months we have been bargaining for a contract that gives us voice and guarantees fair working conditions for teachers and staff and fair learning conditions for our students, but to this point AHS has refused to make an offer that provides for those things,” said Mengarelli, who was flanked by about 25 students, teachers and parents.

Two weeks ago, teachers voted 43-0 to give the bargaining committee the power to set a strike date. It was the third time this year a charter school in Chicago has threatened to strike, according to the Tribune.

The teachers union, ChiACTS Local 4343, was scheduled to formally meet with officials at the school Friday. Over the next few weeks, several meetings are also scheduled, according to a note posted to the school’s website. DNAinfo

In response to Northwest Side Unite’s City Hall press conference, members of Neighbors for Affordable Housing in Jefferson Park also addressed the media outside the Council Chambers.

The apartment complex — which developer Full Circle Communities has yet to formally ask city officials for approval — would rent 20 units at market rate and up to 30 units for residents from CHA wait lists. The rest would be held for tenants making between 30 and 60 percent of the area median income — roughly $25,000 to $45,000 per year.

At least 10 units would be built explicitly for wheelchair-users, and the operators have vowed to reserve at least half the apartments for military veterans and people with disabilities.

Nick Kryczka, who supports the development, said city officials next week will “face a clear choice — whether to open Jefferson Park to new neighbors” and bolster the effort to help low-income Chicagoans find adequate, affordable housing.

Gronkiewicz-Doran said opponents of the apartments’ were using concerns about the height of the building as a “convenient cover.”

Opponents of the development interrupted the news conference by supporters until a reporter asked them to allow him to do his job and act with courtesy.

The introduction of the development at a meeting in February created an immediate firestorm, with most of the attendees who spoke excoriating the complex’s affordable housing component, saying it would threaten homeowners’ property values and attract crime to the relatively safe neighborhood.

Napolitano first criticized the Jefferson Park project in February in remarks to a DNAinfo reporter, violating the longstanding practice of aldermen refraining from opposing developments outside their wards supported by that ward’s alderman.

Ald. Ricardo Munoz (22nd), the council’s fourth most senior alderman, said he had never seen one alderman violate the unwritten rules of the council so blatantly.

“The freshman alderman from the 41st Ward should focus on his own ward and stay out of the 45th,” Munoz said.

Munoz also criticized Napolitano for “claiming to be a patriot” but opposing a project where the developer has vowed to prioritize veterans and to strive to set aside half the units for former members of the military. DNAinfo

2 thoughts on “The Sunday times.”