My retired colleague and friend, Jim Keating, sent me this photograph yesterday.

Jim wrote that he had originally sent it to Ed Rosenthal in 2011 and titled it, “sole survivor.”

When Jim originally sent it to Ed, or Rosie has he was known, Ed posted it on his Facebook page. Ed, Chris and Marsha were IEA activists and union leaders, both in the  formal and informal sense. All three had served as members of the NEA Board of Directors together in the late 90s.

All three are gone now.

Chris and Marsha died two weeks apart in December of 2011. After too long a period of fighting his medical conditions, Ed Rosenthal died earlier this week.

When I opened the picture, I wrote back to Jim.

‘I met Marsha Zierk at my first NEA RA when I was the sole supporter of merger with the AFT in the entire Illinois delegation. She and Ed were leadership people but both were patient with me. The leadership then seemed very male-centric in style and attitude and it took some chutzpah for both Chris and Marsha to hold their own in that bunch. I didn’t often agree with them on stuff, but I had nothing but respect for how they carved out a space for women at the top levels of the organization, especially at that particular time.”

There’s a nice obit about Ed in the Chicago papers this morning.

I never taught with Ed. But if you want to get an idea of how his students felt about him you can visit his Facebook page.

It is filled with testimonials.

Chris Turney was my IEA Region Chair, a music teacher from the north Chicago suburbs and my source for information on the intrigues of IEA state politics when I first started to get involved.

My own early union tendency was to focus on building a strong local. But teachers were were under attack in Springfield.  And, boy, they still are. So, there was no alternative for me but to get involved in stuff at the state level.

We found ourselves on different sides of issues from the start. My first RA was about a national merger with the AFT, which I supported and Marsha opposed. She was with the state leadership on that issue. She won that one.

Lately, not so much, as she would tell me of her concerns with the erosion of hard-fought bargaining rights and the conciliatory nature of recent IEA state leaders.

Even when we disagreed she would counsel me on RA floor strategy. She wanted minority voices heard. Democratic discussion was as important to her as being right. Well, almost as important.

I first met Rosenthal at a Winter Bargaining Conference in Springfield.

He was running for IEA President.

Even as active in politics and union work as he was, he struck me as too good-hearted and too much an outsider to win.

And he didn’t win.

Later, after he retired, he ran for IEA Retired Chair. He would have been great at it.

I have known Ed Rosenthal for about seven years.

We first met when he was running for IEA President against Ken Swanson. Swanson won and the IEA was the worse for it.

Most of Ed’s friends and colleagues have known him for far longer. I tried having a conversation with Ed while walking the lobby of the Hilton at last week’s IEA RA and it was impossible. We were constantly interrupted by folks who knew Ed, waned to say hi or engage in one issue or another.

And he’s a long-time Bull’s fan. Consider this an endorsement.

My endorsements being what they are, Ed lost that election too.

At IEA Representative Assemblies I would take the state leadership head on.

Ed thought this was too much like a bull in a China shop.

“You catch more flies with honey,” he would tell me.

I can’t remember a time when Ed didn’t take to the microphone and ask a question rather than make it an argument.

Part of this was a parliamentary maneuver. Points of information are taken before points of support or opposition in a floor debate.

But part of this was Ed’s way. It was the teacher in him.

He tried his best to mentor me.  In those early years I would find him somewhere on the floor and pepper him with questions on rules and tactics.

But I would never be as good at it as Ed, my teacher, was.

In between state meetings I would give Ed a call to see what he was thinking. I was still the bull in the China shop. Ed was still cautioning me.

Until about a year or so ago when his medical problems really seemed to get worse.

Now I have to find another teacher.

It won’t be easy. 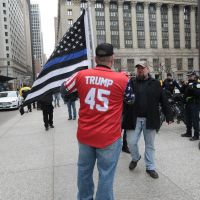 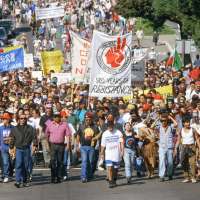