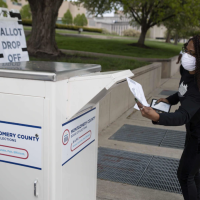 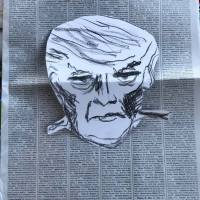 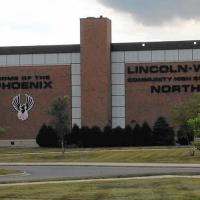 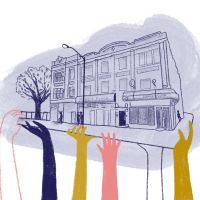 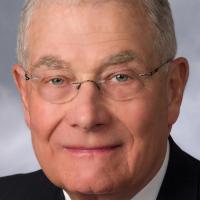 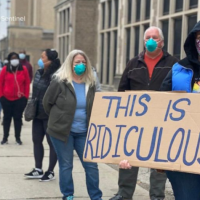 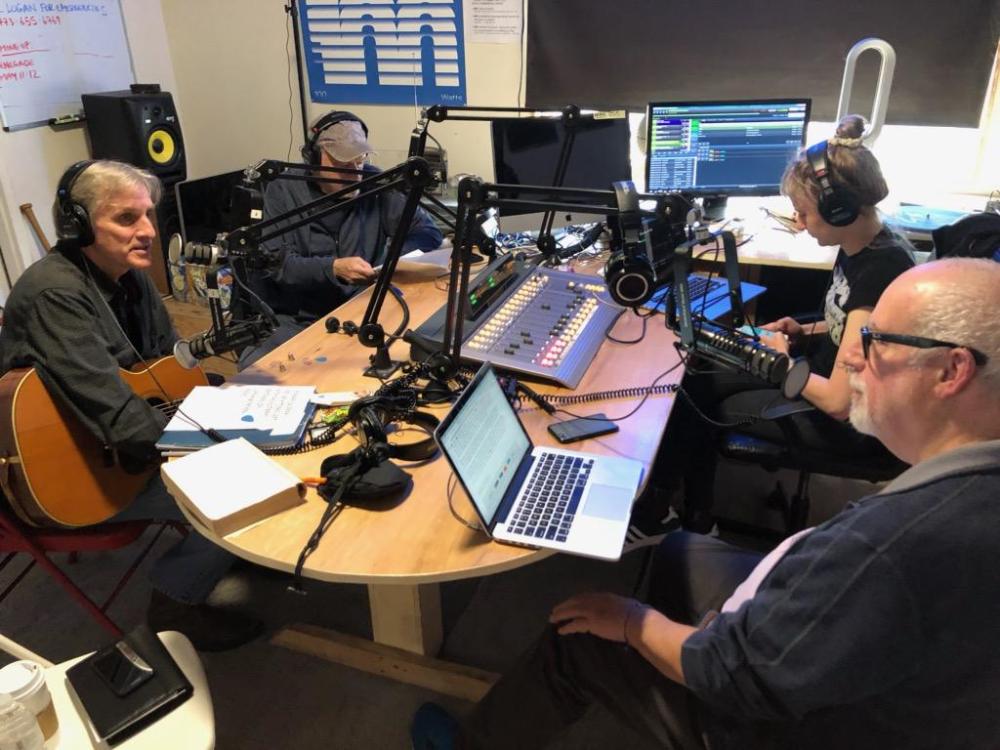 Pete Seeger was born a hundred years ago on May 3rd.

Among the multitude of things we can thank Pete for are hootenannies.

Just as last week’s red diaper babies was a new term for some of our younger listener’s of Hitting Left, this week I imagine some will write in asking what a hootenanny is.

But not if you grew up around folk music in the Sixties.

The word hootenanny probably has some historical rural etymology, but Pete Seeger popularized it.

A hootenanny was where friends, some with instruments and some without, gathered to sing folk songs.

Hootenannies and folk music were so popular in the Sixties – in large part because of Pete Seeger – that ABC aired a weekly show with that name.

Now, back in the 40s Pete had joined the Communist Party. He left the Party in 1949. But he remained a committed radical his entire life. Unlike some back then, he never ratted on his friends and never acted as if his membership in the Communist Party was ever less than a natural journey through his extraordinary life.

Pete was banned – part of the Black List – from national TV for most of the Fifties and Sixties.

Even the producers of the Hootenanny TV show ironically refused to allow him to perform.

When word of this got out, Joan Baez refused to appear on the show in solidarity with Seeger.

ABC tried to resolve the controversy by allowing Seeger to appear if he would sign a loyalty oath.

Well, that wasn’t going to happen.

Seeger had been called to testify before the House Un-American Activities Committee on August 18, 1955,

Our guest on this week’s Hitting Left, singer musician and teacher, Mark Dvorak tells the story of how Pete brought his banjo to the HUAC hearings and offered to play.

Unlike others who were forced to testify, Pete stood on his first amendment right of free speech, while others pled the fifth amendment against self-incrimination.  For this courageous stand he was cited for contempt of Congress

He was convicted and the conviction was overturned on appeal.

Seeger finally appeared on national television on February 25, 1968, when he sang Waist Deep in the Big Muddy, an anti-Vietnam War protest song that he wrote, on the Smothers Brothers Comedy Hour.

Mark tells more stories about Pete Seeger on this week’s Hitting Left. We play some of Pete’s Songs and Mark shares some of his own.

At the end we all join in, kind of like a hootenanny, singing Pete Seeger’s Where have all the Flowers Gone.

You can find the podcast here.