I blogged yesterday about the idea of Illinois taxing retirement savings.

I wrote that I have always supported the idea of retired folks at a high income level paying a share in taxes in Illinois, a state which does not tax anybody’s (not just retired public employees) retirement savings.

I also pointed out that in the case of the majority of working class retirees, including people like retired city workers or public school teachers, this would not even come close to “being key” to solving the state’s income woes.

That was the claim of the editorial board of the Chicago Sun-Times.

The claim was another attempted misdirection away from taxing the rich.

One person jumped on Twitter to accuse me of fake outrage and that those earning $75,000 a year were the wealthy.

My outrage at the treatment of the elderly, the attempt to scapegoat us and the attempted theft of public employee pensions has never been fake.

In fact, the exchange on Twitter helped me to clarify my thinking.

I’m against any tax on retired public employees savings until our pension systems, among the most underfunded in the United States, have been made whole.

And a public employee who is barred from collecting their earned Social Security and after a dozen years is getting a yearly pension of $75,000 living in the Chicago area?

They are not wealthy.

Just by comparison: A retired homeowner in Cook County qualifies for a small low-income property tax reduction at $65,000 a year.

My good friend, Bob Lyons, (he was a Teacher Retirement System trustee for many years) wrote to tell me:

I just read that the average social security payout is only $18,000 a year. Certainly any plan to tax retirement income should leave that alone. But I worked for state legislators that told me that you could not find any legislator that would be prepared to be the lead sponsor on a bill to tax pensions or any kind of retirement income. They would not want the grief. It ain’t going happen!

On a related topic.

Chicago’s minimum wage would increase to $15 in 2021, four years earlier than in the rest of the state, if the Council passes, and Mayor Lightfoot signs, the Raise Chicago ordinance.

The Mayor has said she supports the ordinance.

The ordinance currently includes those who earn their living on tips and are not covered by minimum wage requirements.

There’s a good letter from a tip worker about this in today’s Chicago Tribune.

The Illinois legislature passed a $15 minimum wage bill that Representative Will Guzzardi sponsored, but it doesn’t get to $15 for six more years.

I’m hoping that the Chicago City Council does better.

There will be a subject matter hearing in the Council on the ordinance tomorrow, Tuesday.

7 thoughts on “Who are the rich? Pensions, taxes and the Raise Chicago ordinance.” 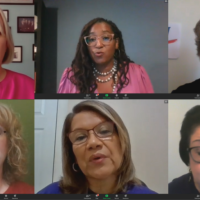 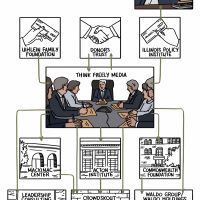