The focus on taxing retirement income is a diversionary tactic used by the billionaire-funded opponents of the graduated income tax reform amendment currently on the ballot.

For voters in Illinois the outcome of the presidential election is not in doubt. Getting rid of the regressive flat tax might be our most important statewide vote.

There are many good reasons to approve this reform, yet all we hear about is taxing retirement income.

In reality, the amendment has nothing to do with retirement income or taxing it.

Why is it all we hear about?

Because those of us over 65 vote in numbers that exceed every other demographic group. For nearly 40 years, the turnout of voters over age 45 has significantly outpaced that of younger voters. In the 2016 presidential election, for example, 71 percent of Americans over 65 voted, compared with 46 percent among 18- to 29-year-olds.

By the way, older voters who went with Trump in 2016 are deserting Trump this year, along with every other demographic group.

What we don’t hear about enough is the racism of the flat tax. The current flat tax hits Black and Brown communities particularly hard.

Households in Black and Brown communities with income under $250,000 paid an additional $4 billion in taxes over 20 years than they would have with a graduated tax.

That is $4 billion that the rich did not pay. Compounded over time, this effectively enriched the state’s top 3 percent (a majority of whom are white) by an additional $7.5 billion.

Like in most things, retirement and getting old in America is also about racial equity and equality.

Systematic racism in retirement security were a big deal before the coronavirus struck, and the economic disruptions caused by the pandemic has made the problem worse.

The pandemic means millions of older workers will retire prematurely.

At a time when many seniors struggle to make ends meet, Black and Latino retirees are especially likely to lack retirement savings.

Two-thirds of single Black retirees — and three-quarters of single Latinos — have incomes below the Elder Index, a data set from the University of Massachusetts Boston that aims to measure the capacity of older people to cover basic living expenses.

Half of white seniors have resources below the index.

So, while the Illinois Policy Institute and Ken Griffin spread lies about the graduated income tax and cry crocodile tears about older people and retirees, the real economic crisis we face goes unaddressed.

And even more so, the racism of it.

4 thoughts on “Retirement income and racism.” 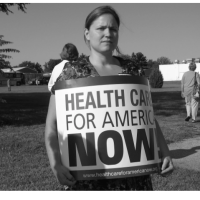 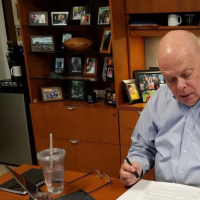 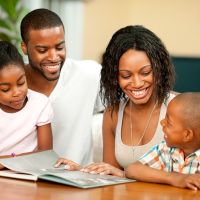