As we have done on May Day over the years, we went today to pay our respects to the Martyrs of the Haymarket.

No actual bomber was ever arrested or tried.

At his sentencing Oscar Neebe said,

“There is no evidence to show that I was connected with the bomb-throwing, or that I was near it, or anything of that kind. So I am only sorry, your honor-that is, if you can stop it or help it-I will ask you to do it-that is, to hang me, too; for I think it is more honorable to die suddenly than to be killed by inches. I have a family and children; and if they know their father is dead, they will bury him. They can go to the grave, and kneel down by the side of it; but they can’t go to the penitentiary and see their father, who was convicted for a crime that he hasn’t had anything to do with. That is all I have got to say. Your honor, I am sorry I am not to be hung with the rest of the men.”

So, here is my connection to Oscar Neebe.

My art education teacher and mentor at the University of Illinois at Chicago was Leon Bellin. Leon Bellin shared a west Loop studio loft with the artist Oscar Neebe, known as Bill and grandson of the Haymarket Martyr. Bill Neebe was also an artist.

I met the grandson of Oscar Neebe on several occasions at Leon Bellin’s studio.

Here is a link to some of Bill Neebe’s recollections of his grandfather.

When Bill Neebe died in 2009 The Chicago Tribune ran an obituary.

Oscar William Neebe, a commercial artist who in retirement rented a loft and dedicated himself to fine art, uncovered a family secret as a teenager when he saw a mural in Mexico that connected his grandfather with the Haymarket Riot of 1886.

Known as Bill, Mr. Neebe, 86, died Tuesday, Sept. 8, in Midwest Palliative & Hospice CareCenter in Skokie, said his wife, Elizabeth. A Wilmette resident, he had been diagnosed with leukemia two years ago, although a precise cause of his death was not clear, she said.

After studying at the School of the Art Institute of Chicago and the Institute of Design (later part of the Illinois Institute of Technology), Mr. Neebe started as an illustrator with a couple of downtown design studios.

By the late 1940s, he struck out on his own, taking on design work, from book and map illustrations to animation when it was done with individual cels.

He had a staff and downtown offices, was a member of a number of arts groups and president of organizations including the Artists’ Guild of Chicago, his family said.

Closing his studio in the mid 1980s freed Mr. Neebe to pursue painting and other art forms. Working with acrylics at a rented loft, he covered large canvases with photo-realism landscapes, later shifting to more interpretive works.

Always looking for fresh ways to express himself, he started taking classes in printmaking from Rita Price at the North Shore Art League. He quickly became a prolific producer of monotypes, drawing on plexiglass with etching inks and then transferring the illustration to fine, imported paper.

“He had always been very literal, and he went completely abstract,” Price said. “It was wonderful. It was images that came up from some place inside him.”

Mr. Neebe had a showing at the Chicago Cultural Center and exhibited at art fairs and festivals in the Chicago area.

Mr. Neebe grew up on Chicago’s North Side and graduated from Senn High School.

When he was 15, he took a trip to Mexico when he saw a mural by Diego Rivera that showed the men accused in the May 1886 bombing at Chicago’s Haymarket Square, a seminal event in labor history. One shared his name.

“That’s your grandfather,” his uncle told him.

Oscar Neebe, a tinsmith active in union circles, was not at Haymarket Square when a bomb went off during a labor rally in support of an eight-hour workday, killing at least 10, most of them police officers.

But Neebe was among eight men charged with crimes related to the bombing. Found guilty, he was the only defendant not sentenced to death.

“I am sorry I am not to be hung with the rest of the men,” Neebe declared at his sentencing.

Neebe was later pardoned by Illinois Gov. John Peter Altgeld and released from prison. Having discovered the truth about his family’s past, Mr. Neebe as an adult proudly bore his grandfather’s name at Haymarket memorials and May Day celebrations, once traveling to the Soviet Union at the government’s invitation, his wife said.

At a Chicago May Day celebration last year, Mr. Neebe said he considered it a compliment to his grandfather’s memory that immigrants, many of whom were at the event, “have taken this day as their day.”

“Whatever he learned of his grandfather he wanted to carry on, because he carried the name,” his wife said.

Survivors also include a son, Mark; a brother, James; and a granddaughter. 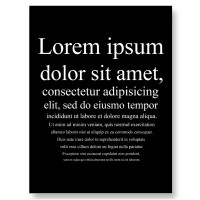 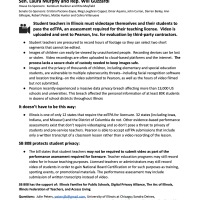 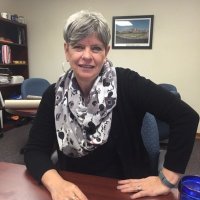 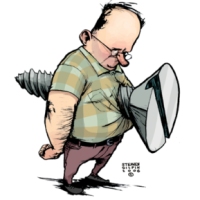