The City of Chicago is at an impasse in their bargaining with the Chicago Fraternal Order of Police.

The FOP and their Trumper president, John Catanzara, refuse to bargain police accountability.

I don’t think the Mayor should have to bargain police accountability. The collective bargaining agreement of the FOP is used to shield Chicago cops from prosecution for abuse and murder.

It is a stain on the bargaining process. Every union member should reject the authenticity of the FOP as a union.

The Illinois legislature should act to remove accountability as a subject of bargaining.

No way should Mayor Lightfoot have to negotiate with John Catanzara over whether cops are above the law.

And in walks Paul Vallas.

Paul Vallas has headed school districts in Chicago, Philadelphia, Bridgeport, Connecticut and New Orleans and has been chased out of every one of those cities.

He has offered to advise the FOP for free, pro bono.

Paul Vallas helping the FOP might be good news for the Mayor.

He is a reverse Midas. Everything he touches turns to shit.

When Pat Quinn ran for governor against Bruce Rauner he picked Vallas as his running mate. That sealed Quinn’s fate who was beaten by the Republican Rauner in one of the bluest state’s in the country.

When Vallas ran for mayor in the last election he barely got 6% of the vote.

FOP president John Catanzara says that Paul Vallas acting as a free consultant in their bargaining with the city is a game changer.

“When it comes to budgets and numbers, Paul Vallas is in a class of his own. That was the point of having him involved, to basically let the city know we weren’t playing games. We were going to bring experts,” Catanzara said.

Mayor Lightfoot was not impressed.

“The new FOP contract will contain accountability and reform proposals. Rather than being obstructionists, the FOP should come to the table with seriousness about the reality of the current world of policing,” the Mayor’s office responded

“To no surprise, President Catanzara remains focused on political stunts and preening for the media rather than having any sense of urgency about concluding negotiations.”

“I will help them pro bono,” says Vallas. “They want me to give them financial advice, help them ask for the right information, ask right questions and give them an honest, informed assessment of the city’s financial options.”

He’s worth every dime they’re paying him.

6 thoughts on “I am guessing that Paul Vallas will do for the Fraternal Order of Police what he did for urban schools. Except he will screw them for free.” 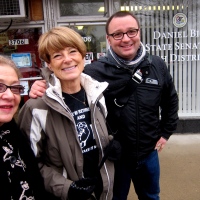